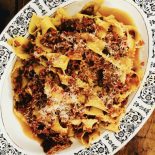 When I was a young child, my mother would struggle to get me to put a vegetable in my mouth, let alone eat anything that wasn’t bread, pasta, pureed tomato sauce, chicken, or pig. I was a finicky kid who would protest the presence of vegetables on my plate by pushing them around with my fork until my mother forced me to eat them, secretly hoping that procrastination would magically make them disappear. I would then chew for what seemed like hours, but not swallow. And in my obstinate pursuit of feeding my chewed up broccoli -which sat pressed against the inside of my cheek like an overstuffed ravioli-  to Puffy our corpulent and filthy Bijon Frise, I would get caught by my oppressor and was subsequently crucified for my sneaky attempts at spitting out my vegetables. The punishment was a second helping of inedible vegetables and being denied departure from the table until I finished all the food on my plate.

Some years earlier, on afternoons when I wasn’t at the mercy of my mother’s vegetable torture, I would accompany her to the chicken slaughterhouse, where I would point at a cage as she let me choose which chicken was joining us on the drive home that day.  I’d then watch a man in a white coat covered in blood splatter, like a monotone Jackson Pollock, violently yank that chicken from its cage, then hall it away in a swift and thoughtless motion that seemed so second nature for him, that it softened the harsh notion that I just pointed a finger and had something killed.  I was drunk with power, yet perhaps mildly scarred. Though I was without hesitation and bereft of a moral crisis when the moment arrived later that evening to shove those succulent morsels of dark chicken meat into my face. A string bean on the other hand, I approached with repulsion.

The ruthless chicken slayer at the height of his tyrannical rule, enveloped by basil bushes and tomato vines, neither of which he would dare put near his mouth in their whole and natural state. 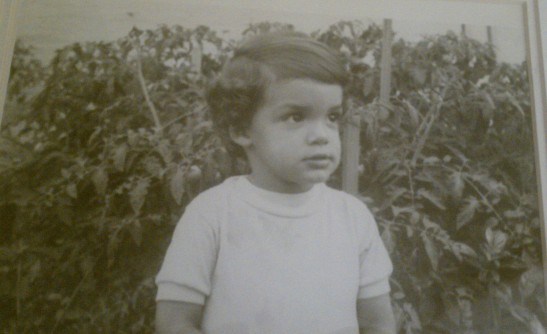 There was always a textural component of most vegetables that I found unappealing and grotesque. It wasn’t until my early 20’s that I overcame my disdain of vegetables, when I developed an interest in the cooking process. Even then my palate was limited. But with my growing curiosity and my employment in the restaurant world, that all changed quickly, and my appreciation for all food, vegetables in particular, became immense.

In the present, when cooking for my family, I find myself confined to a small number of ingredients based on their collective dietary restrictions, whether it be an allergy or a genuine disgust for a particular food. One person has an allergy to shellfish, the other only eats white fish (racist). One person won’t eat pork, the other loves pork.  Everyone loves chicken, nobody likes game.  Brussels sprouts makes one flatulent, mushrooms makes the other gag. Salmon is a favorite, but only when cooked so well done that it feels like you’re gnawing on jerky. In spite of the ever growing list, I still manage to work through the maze of food phobias and create something unanimously excepted. But as for my own tastes, I’ve transformed from that fussy child to a person who will put just about anything in his mouth at least once. And I mean anything. On a recent trip to Philadelphia, I ate veal tongue.

So when I decided to enter into a meatball cook off, which I discussed in my last post with great enthusiasm and a list of colorful metaphors, I tried a meat combination that I thought would be unique and interesting. And that it was. However, I decided to steer away from attempting to impress the judges with an uncommon protein and just go with a straight forward and simple recipe (though not actually that simple). The result was that I finished in second place. Now obviously I would have preferred first place. But the gentleman who prevailed over me had an unusually large and robust set of smokey and silky black giant balls. I still feel that my little pork nuggets were superior. But being number two will have to suffice for now.

Pork and Ricotta Meatballs with Tomato Sauce and Orange Zest 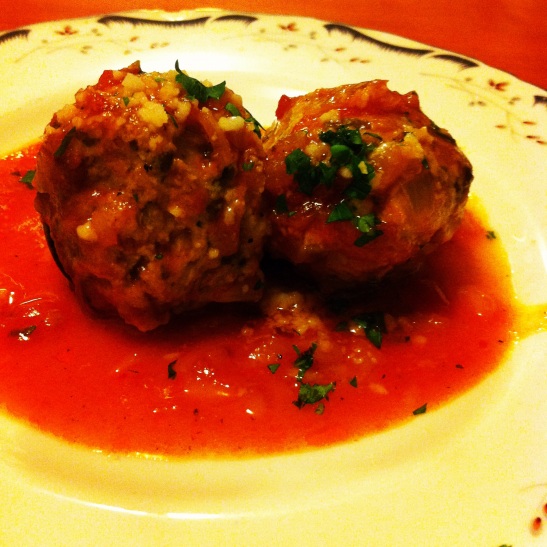 6-7 slices of plain old white bread, pulsed in a food processor to a light and fluffy breadcrumb consistency

3 large sprigs of rosemary tied together tightly with kitchen string

1/2 cup of chopped basil for garnish

Put the ground pork into a large bowl in which you can work the meat with your hands. Add the pancetta, parsley, fennel, cumin, nutmeg, and breadcrumbs. Season with salt and pepper, and gently combine everything with your hands until it is evenly mixed. Separately whisk together the ricotta cheese and eggs until you have a smooth ricotta mixture. Add it to the meat and work it in with your hands until it is all evenly incorporated. If the meat feels too moist add more breadcrumb. If it feels too dry add more egg and ricotta. This is where you just have to use your judgement. This is not baking cookies, folks. The measurements are not that exact. Eyeball it. Feel it. You want a moist mixture but also something that you can form into a firm meatball.

Take a small piece of meat and fry it in some olive oil until cooked through. This is how you check for proper salt/seasoning. If you’re happy with the seasoning, you may begin to form your meatballs. If not, add whatever you think it needs.

Refrigerate the meat for at least an hour.

Preheat your oven to 300 degrees.

Then, form the meat into slightly than larger golf ball sized meatballs. Spread them out on a lightly oiled baking sheet or dish. In a dutch oven or any oven safe good quality deep pot, begin to add the meatballs to hot olive oil over medium heat and brown them all over evenly. You want to just brown them, not cook them through. They will cook in the sauce. You will need to do this in several batches. Take them out and set them aside on a large platter. When done browning all the meatballs, add the chopped onions and minced garlic to the rendered fat and olive oil in the pot, and cooking stirring occasionally for about 5 minutes. Add the tomato paste and stir into the onion and garlic. Add the wine and reduce by two thirds, scraping up any browned bits on the bottom of the pan. Add the stock, rosemary bundle, a generous pinch of chili flakes, and the San Marzano tomatoes, either crushing each tomato with your hands, or crushing them in the pot with a wooden spoon, until you have an even but somewhat chunky sauce. Return the meatballs and any juices on the plate to the pot. Bring to a boil and season with salt and pepper. Put the pot in the oven for about 1 1/2 hours, checking and stirring periodically.

After an hour and a half take them out. Remove all the meatballs from the sauce and transfer to a large plate. Cover loosely with foil. Reduce the sauce on the stove top over medium/high heat until you reach your desired thickness/consistency. Because you are using stock, you may have a thin sauce and want to reduce until it’s more “saucey”. While you’re reducing the sauce (and this is what transforms this dish from good to amazing), begin to add the zest of the orange straight into the sauce. Use a microplane and zest it right in. Zest half the orange, stir and taste. You’ll smell and taste the essence of the orange right away. If you want more, zest more. If not leave it be. There is something about the flavor combination of pork, fennel seed, tomatoes, and orange zest that works so well. I usually use almost the whole orange.

Return the meatballs to the sauce. Now you can serve them. Put some meatballs on a platter. Rain the sauce over them until well coated. Top with a generous sprinkle of parmigiano and basil. Eat! Serve with crusty bread.

Oh and don’t forget to eat your vegetables. Hopefully by now you’ve prepared a side of something green.